New research opens a window on the minds of plants

Article about nature intelligency is here .

Danish scientists challenge the commonly held opinion that the brain works with electrical pulses in favor of sound based function. A write-up is available at Sciene Blog 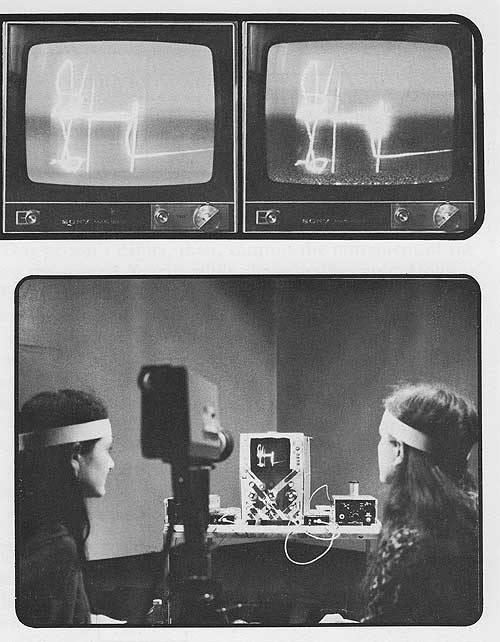 Jacqueline Humbert, Brainwave Etch a Sketch, 1974. "One person's Alpha waves control the movement of a dot along the oscilloscope's X axis, while the other person's are responsible for movement along the Y axis. The resulting form of the drawing depends on the degree of cooperation, sensitivity and agility in consciously controlling brain signals that the two participants are able to achieve with each other." (Quote and photos from Biofeedback and the Arts, 1976, ed. by David Rosenboom)

The Purr Generator is featured in an article by friend Steve Nalepa in the forthcoming 9th issue of Make Magazine .

PEAR to close its doors

At the end of February, PEAR (Princeton Engineering Anomalies Research) will close its doors after more that a quarter of a century of "systematic empirical study of consciousness-related physical phenomena."