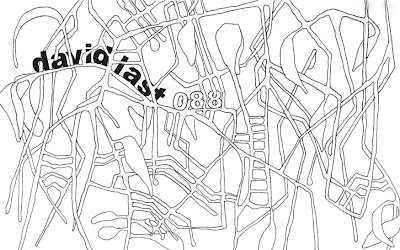 THE SECRET MUSIC OF PLANTS

In the summer of 2007 I joined some friends at a special location on the shoreline of Rhode Island. This location is the home of Duncan Laurie, a friend who is a sculptor and researcher of the connection between science and sound.

Upstairs on this property there is a laboratory with a wide array of unusual electrical research equipment, and a full sound system with subs. What happens at this place is research into the nature of biofeedback and sound. While we were there, Duncan had connected electrical sensors to the surface of plants; a venus flytrap, a potted houseplant, and what looked like a soggy variety of moss. The sensors are the kind of electrical sensor you might put on the surface of your own skin to measure slight fluctuations in your natural electric field. I believe they are the same thing you might see in movies attached to the foreheads of people undergoing lie-detector (polygraph) tests. They are also used generally to give bio-feedback in relaxation experiments.

One night Justin Boreta (who was also there at the time) did some technical work to connect these electrical sensors to MIDI signals which were sent into music software, by way of a sensor data translation program called 'IBVA'. Justin did some amazing work that night, translating the electrical signals from these living plants directly into abstract sound. The sound sources were, I believe, both software and hardware synthesizers, and a digital harmonization processor. The sounds produced directly by the plants' natural electrical fields were complex, and sounded like some kind of alien form of consciousness (which in a way, they kind of were). When rounded off into notes instead of free-flowing tones, the melodies produced were eerie and (as might be expected) quite organic. The following day Justin had to leave, but together we had installed IBVA on my laptop. That day I created a stereo audio mix of the elements Justin had created.

Though Justin had gone, the IBVA system was still there, and I had worked briefly with Justin to get it working on my computer, so I did one experiment of my own. It was less ambitious than Mr. Boreta's experiment, because it dealt with the data from only one sensor, and dealt with a single audio instrument. This experiment is what I would like to share with Modyfier.

I set up my laptop with the IBVA feeding data into my music software, which was running a granular sampler patch. On my laptop, I was able to play recordings of music I had been creating, and step through microscopically short segments of this music. The position of playback of these tiny sound 'grains' was determined by the electrical data coming in from the plant itself. In other words, the electrical charges on the surface of the plant helped to select what part of what musical sound file on my hard drive would be played. In this way, the piece is a collaboration between myself and a single houseplant.

The goal of the experiment was to find out if it is possible to allow a plant to unconsciously structure a piece of music (or at the very least, to use the biological flux of electrical signals from a house plant in order to determine a musical structure, in collaboration with a human (me)).

The collaboration was multi-layered. I had been preparing sketches of orchestral music for my own projects, and there were a large number of sound files on my hard drive; these were used as 'building blocks' for the musical collage. Some of the sound files contained full pieces of music I had composed; some contained only orchestra instruments playing melodies or chords, some contained crazy sound design, recordings of bells from a carnival, or choir voices singing dissonant tones. Almost all of these sounds were acoustic in origin. All of these sound files were made available to the Reaktor patch I was using in order to create a new piece of music out of many fragments. As the piece progressed, I could change which sound files were being accessed, and the plant's energy readings could change what part of the sound file was being played, and how much of the sound file would be heard. Whether this constituted conscious collaboration is, to my mind, irrelevant.

So, not only was there collaboration in terms of how the files were being played back (my interpretation of how the plant's 'alien intelligence' electrical signals could be used to generate music), there was also a collaboration in terms of my offering of the original audio source material for 'mulching.' Certainly, in order to get musical results, I heavily impressed my own sonic personality on the experiment; however, the plant's feedback did in fact help to create a composition I never would have created myself.

The recording is totally un-edited, recorded straight to disk. The 16 minutes of running time are exactly as they sounded coming from Reaktor, live in the room! There are several 'movements,' and the whole thing strikes me as very similar in its overall feeling to modern classical music.

The whole thing was made exactly 1 year ago. I hope you enjoy it!